Tax Residence in Spain: How Do you Prove it?

According to Spanish law, an individual is resident in Spain if they remain in the country for more than 183 days in the calendar year, or if their principal nucleus and basis of their economic activities or interests are in Spain, according to the Personal Income Tax Act.  Also, unless proven otherwise, it is assumed that the taxpayer's main residence is in Spain when their spouse (where not legally separated) and their dependent children under legal age have their main residence in Spain.

Sporadic absences are not calculated unless tax residence in another country is proven.

The Concept of Sporadic Absence

The concept of “sporadic absence” is an indeterminate legal concept that should be examined case by case, but in Supreme Court judgment of March 18, 2018, relating to a student who was studying abroad on a grant, the Court found that their remaining outside Spain for more than 183 days in the calendar year cannot be considered a sporadic absence for tax purposes, even then, they had the intention of returning.

The nature of the absence or the intention to return to Spain at the end of the activity cannot be taken into account to determine whether the absence is sporadic.

The first tiebreaker rule is residence will be in the State where there is a permanent residence available. If, for example, the taxpayer has a home in both States, they will be considered resident in the State in which they have their closest personal and economic relations (center of vital interests).

As the General Tax Directorate established in a 2018 query, determining the location of the center of vital interests will depend on various factors, including the facts and circumstances of each individual. 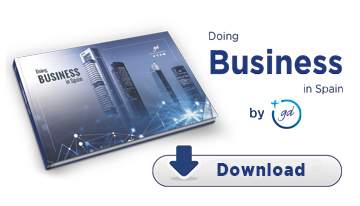