Know what should be prepared ahead of time to ensure that both your organization and British employees have everything organized prior to Brexit to facilitate any post-Brexit procedures. 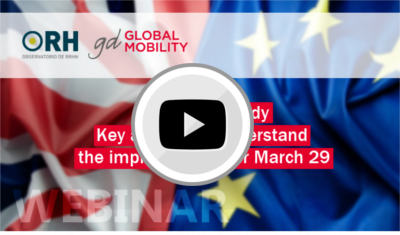 Last Saturday, March 2, the Royal Decree setting out the contingency plans for a no-deal Brexit were published in Official Gazette of the Spanish State (BOE), in an attempt to minimize the undesired effects of the United Kingdom leaving the EU without a deal.

The contingency plan includes measures that would apply to Spanish citizens working in Gibraltar and to British citizens and economic operators located on the Rock.

The legislation makes clear the temporary nature of the measures, which are intended to enable the transition to the new scenario resulting from the United Kingdom being considered a third country

It includes measures to guarantee the continuity of financial services agreements, to establish new customs conditions and to regulate the situation of economic operators.

The Royal Decree-Law sets out how British citizens will transition to general immigration rules. They will keep their current legal resident status, as EU residents, until the end of 2020. Proof of residence must be provided with a registration certificate issued before the Brexit date, but British citizens must also apply for a Foreign National's Identity Card before the end of 2020.

For cross-border workers, there will be a regulated procedure to issue work permits, which is conditional upon reciprocal arrangements for Spaniards working in Gibraltar.

In the Spanish civil service, British employees as of exit day will maintain their status as civil servants.

Nea Larson, Manager of GD Global Mobility, remarked: “the contingency plan established by Royal Decree-Law 5/2019 of March 1st is quite favourable to British residents in Spain before exit day. However, there are two major aspects missing.  First, the rights that these residents with permits as third-party nationals will have are not explicitly indicated.  Secondly, the status of British nationals and their families who arrive after exit day has not been clarified. As such, it is our understanding that such persons will require the corresponding residency and work permits and visas.”

Workers and pensioners covered by the British and Spanish social security systems who exercised their freedom of residency and movement in the EU before Brexit will be protected, although that will apply only for a “determined period” or until there is an international or bilateral agreement.

In terms of healthcare, after exit day, Spain will continue to provide British citizens with the same conditions, so long as the same is guaranteed for Spanish citizens.

If you would like to find out more about the effects of Brexit, do not miss the webinar that will take place on March 6th at 1 pm in collaboration with the Human Rights Observatory. Book your place here.

Contingency measures will be taken if the UK leaves the EU without a deal, and will enter into force upon the UK's effective exit. 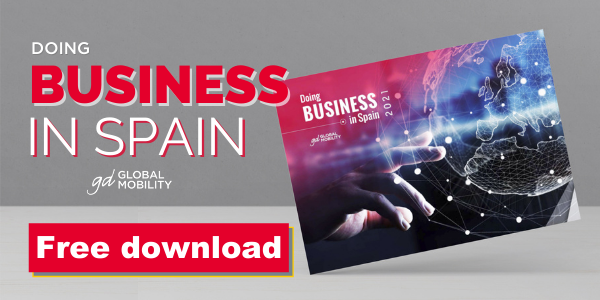