This conceptual starting point for this comes from what has recently occurred to two Spanish people who wanted to apply for early retirement in accordance with Spanish law having worked both in Spain and in Germany. The problem in these types of cases arises when computing the pension acquired in another Member State in order to obtain the early retirement pension requested by these workers.

Both Spanish employees, who had duly recognized retirement pensions in relation to German legislation, were denied benefits by the Spanish National Social Security Institute (INSS) because the amount of the pensions to be received did not exceed the amount of the minimum pension that would correspond to them when they turn 65. This necessary requirement to be able to have the right to early retirement due to the wish of the interested party is included in Article 208.1 c) of the General Law of Social Security (LGSS), and establishes that the interested party does not have the right to early retirement if it has not been fulfilled.

Interpretation of the Spanish rule: the ‘’pension to be received’’

The first problem that appears with this requirement is the interpretation of the concept of the ‘’pension to be received’’. Both the INSS and the social courts argue that this concept contained in Article 208.1 c) of the LGSS refers only to the amount of the actual pension that Spain is responsible for. At the same time, they clarify that this requirement is intended to prevent, to the legally enforceable minimum, retirement pensions from being used as supplements by people who have not yet reached retirement age. This pension supplement is a figure that will end up adding something to the amount of the pension when it does not reach the minimum legally established; and this is precisely what the Spanish regulation wants to avoid with the presence of this requirement.

Disagreeing with the resolutions of the Social Courts that interpret the concept of “pension to be received” as an amount of the actual pension paid only by Spain, the two workers decided to file an appeal with the Superior Court of Justice of Galicia to analyze the requirement of Article 208.1 c) of the LGSS. This court gave a different opinion from the previous ones: that to complete this requirement, the pensions actually received by the workers both in Spain and in Germany must be used.

Analyzing the situation, the Superior Court of Galicia gave special attention to the fact that, according to Spanish law, a worker entitled to a pension from two Member States may not enjoy early retirement, while a worker with a right to a pension of the same amount but paid only by Spain is entitled to early retirement. The problem, therefore, is found to be the presence of two Member States when computing the pension and in the interpretation given in Article 208.1 c) of the LGSS. Given this issue, the Superior Court of Galicia decided to present the case to the EU Court of Justice to resolve.

The EU Court of Justice delivers judgment against Spanish regulations

The question studied by the EU Court of Justice is whether the way in which the INSS and the Spanish courts interpret the expression “pension to be received” from Article 208.1 c) of the LGSS constitutes discrimination contrary to EU law.

In its judgment, the EU Court of Justice declared that the Community Regulation on the Coordination of Social Security Systems contradicts said Spanish legislation because the concept of “pension to be received” that this puts forward implies that the pension that the worker could receive as benefits from another Member State (Germany in this case) is not taken into account.

For its part, after the EU Court of Justice clarified that the Spanish rules do not comply with the provisions of the aforementioned regulation, this same court showed its interpretation of the concept of “pension to be received”, considering that the retirement pensions of entitled workers in Germany are equivalent to those who might be entitled in Spain with regards to early retirement.

Additionally, the EU Court of Justice considers that the interpretation of this expression shows evidence of being discriminatory since it mostly affects migrant workers. The discrimination is based on the fact that the requirements of Article 208.1 are easier for a national worker to meet and less accessible to a migrant, placing those people who work in EU Member States in a clearly unfavorable situation.

If you have any questions regarding International Social Security in particular or international mobility for companies in general, please do not hesitate to contact our team of professionals 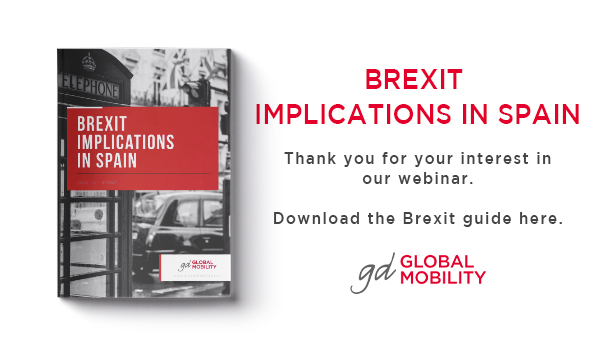