Temporary residence permit due to cooperation with the authorities

The Immigrations Regulations provide for the possibility of obtaining a temporary residence permit for exceptional circumstances of cooperation with authorities, reasons of national security, or public interest.

In particular, authorization may be granted to persons who cooperate with administrative, police, prosecutorial, or judicial authorities in matters other than those connected with the fight against organized networks, or when there are reasons of public interest, or national security that justify the need to authorize residence in Spain.

To this end, the authorities may request the competent bodies in this matter to grant a residence permit to a person who is in one of the situations mentioned above.

New developments in the Reform of the Immigration Regulations

The Reform of the Immigration Regulations (which entered into force on August 16, 2022) has introduced an important development in this area.

The new text of the Regulation indicates that the Directorate-General for Migration may grant a permit due to cooperation with the competent labor administration to those persons who prove to the Labor and Social Security Inspectorate, by any means necessary, that they have been working without regularization for a minimum period of six months in the last year.

Residence if you have worked without regularization for six months

In order to successfully obtain this permit, the concerned party must meet certain requirements:

Can you work if you have this permit due to cooperation?

Yes. This permit is valid for one year and allows the holder to work as an employed or self-employed person.

The application may be submitted by the person concerned or ex officio by the labor authority, and must incorporate the judicial or administrative decision relating to the record of infringement issued by the Labor and Social Security Inspectorate.

Conclusions on the introduction of the Reform of the Immigration Regulations

If the concerned party works without regularization for six months and reports the company, they could obtain a permit that enables them to work for an employee or as a self-employed person (provided that they are in possession of a judgment from the Industrial Tribunal or a record from the Labor Inspectorate that shows that they have been working without regularization in the company).

At first, it appears that this concept is quite similar to the “old employment ties” (the one that was in force before the Reform), but the reality is that the concepts differ. For example, in order for the person concerned to be eligible for the employment ties residence permit that grants the right to take up employment, they must have completed two years of continuous residence in Spain, while in the case of the permit due to cooperation with the authorities this requirement does not apply, only that the person concerned has worked without regularization for six months and can prove it.

Finally, we provide a hypothetical example of a situation in which a concerned party might be eligible for a temporary residence permit due to exceptional circumstances of cooperation with the authorities.

Example of a situation in which this permit could be obtained

A foreign person arrives in Spain in January 2023 and starts working in a bar without regularization. After six months (July 2023), the concerned party could report the company and, with the future sentence in hand, Immigration could grant them a residence card (including if the foreign person has not stayed even one year in Spain).

The content of this post is purely informative and should not be extrapolated to all cases. With regard to the changes introduced by the Reform of the Immigration Regulations, it is expected that instructions will be issued to clarify these developments. 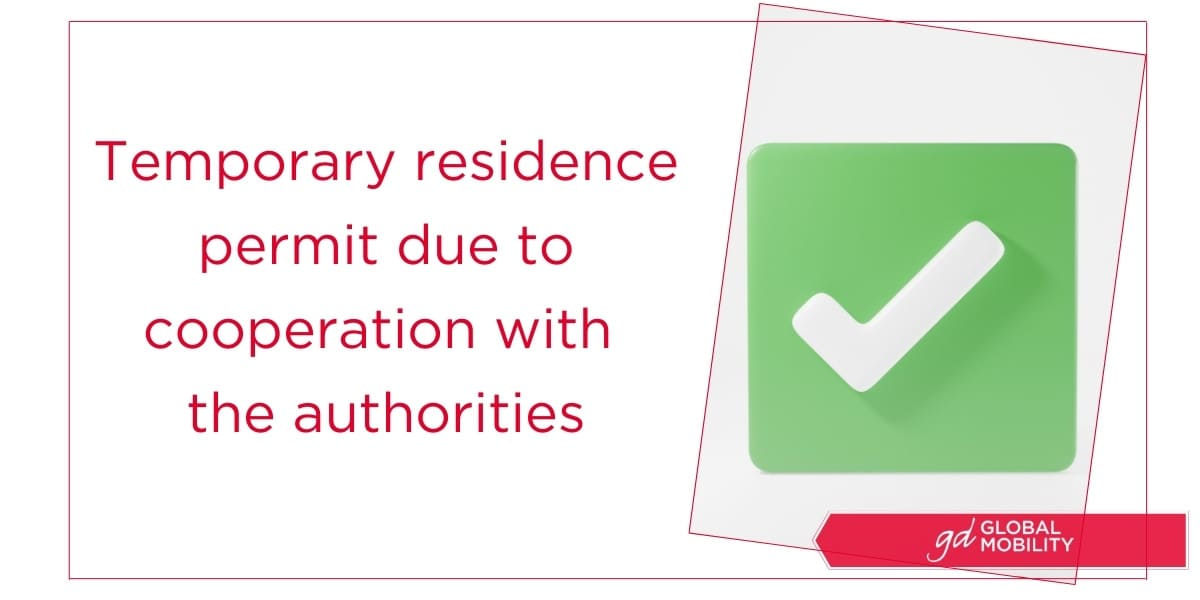